‘Withdrawn’ is an installation art work by the British artist Luke Jerram (see the image in our Main Gallery). It was commissioned by the UK’s National Trust to be part of ‘Bristol 2015’ (the City of Bristol’s year as the European Green Capital) and it was delivered in partnership with the UK’s Forestry Commission. The art work also included a series of events which took place over the months of the installation.

From April to September 2015 Luke Jerram invited visitors to Leigh Woods, Bristol, to discover and explore a flotilla of abandoned fishing boats in the depths of the woodland. This video takes you into the charm and fascination of this installation. The video is by Jamie Brightmore and the music by Andy Gillion.

This was a beautiful, surreal and poetic vision in the woods, the sound of the wind in the trees was reminiscent of the sound of the waves. All of the boats were pointing the same way, as if turned by the tide or moving together. The five boats could be explored by the public day or night and in the changing weather and seasons.

For the visitor the work was thought-provoking : Miles from the sea, how did the boats get here? Were they left by a receding tidal surge or a changing coast line? Or is this the effect of over fishing, causing fish stocks to collapse and with it the industry? This thought-provoking and engaging installation raises discussion about climate change, extreme weather, falling fish stocks and our impact on the marine environment. On the boats barnacles could even be found, waiting hopefully for the tide to turn...

The boats were used as a site for special marine and environmental discussions, sound installations, theatrical performances and interactive workshops, staged both in the daytime and at night. The boats were bought on eBay and at the end of the project, they were given away.

A Free Children’s Book ‘The Bristol Giants and the Severn Seas’ was also written by Oliver Rigby and illustrated by Tom Bonson, following Goram & Ghyston’s adventures and sharing the story of how the boats of ‘Withdrawn’ came to be in the middle of Leigh Woods (near the famous Clifton Suspension Bridge) to the surprise of children across the region. “The idea is that if parents read this story to their children at bedtime, they can then surprise them the next day with a visit to Leigh Woods to allow them to discover fishing boats” said Luke. You can download the free ebook from : www.bristolgiants.co.uk 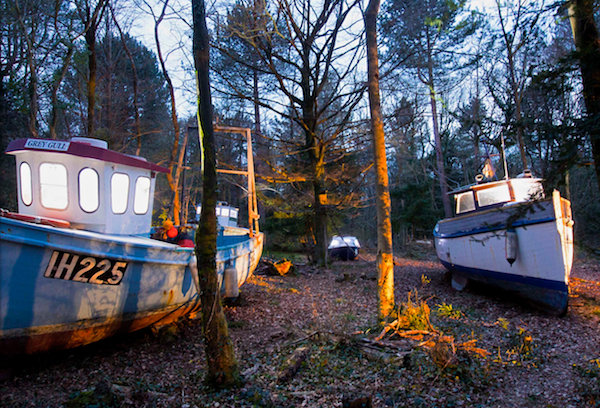 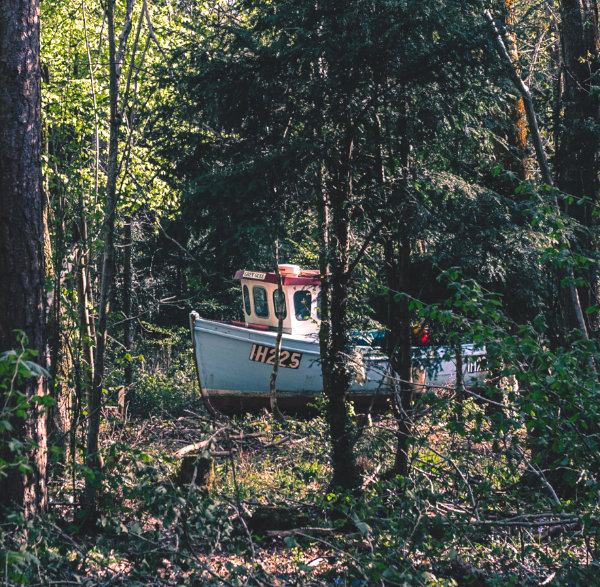 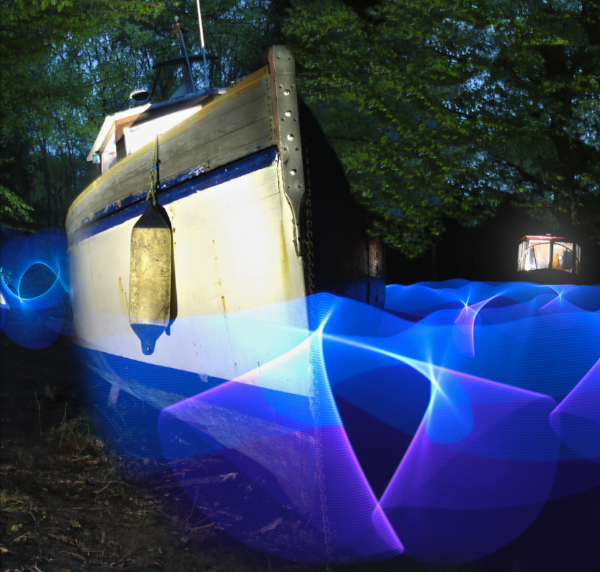 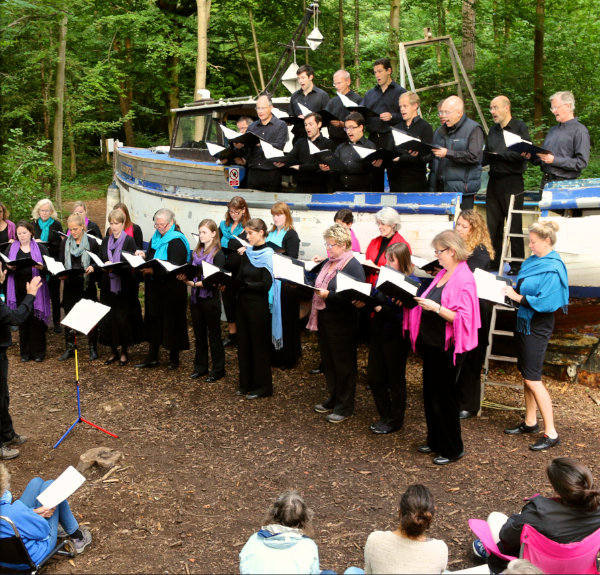